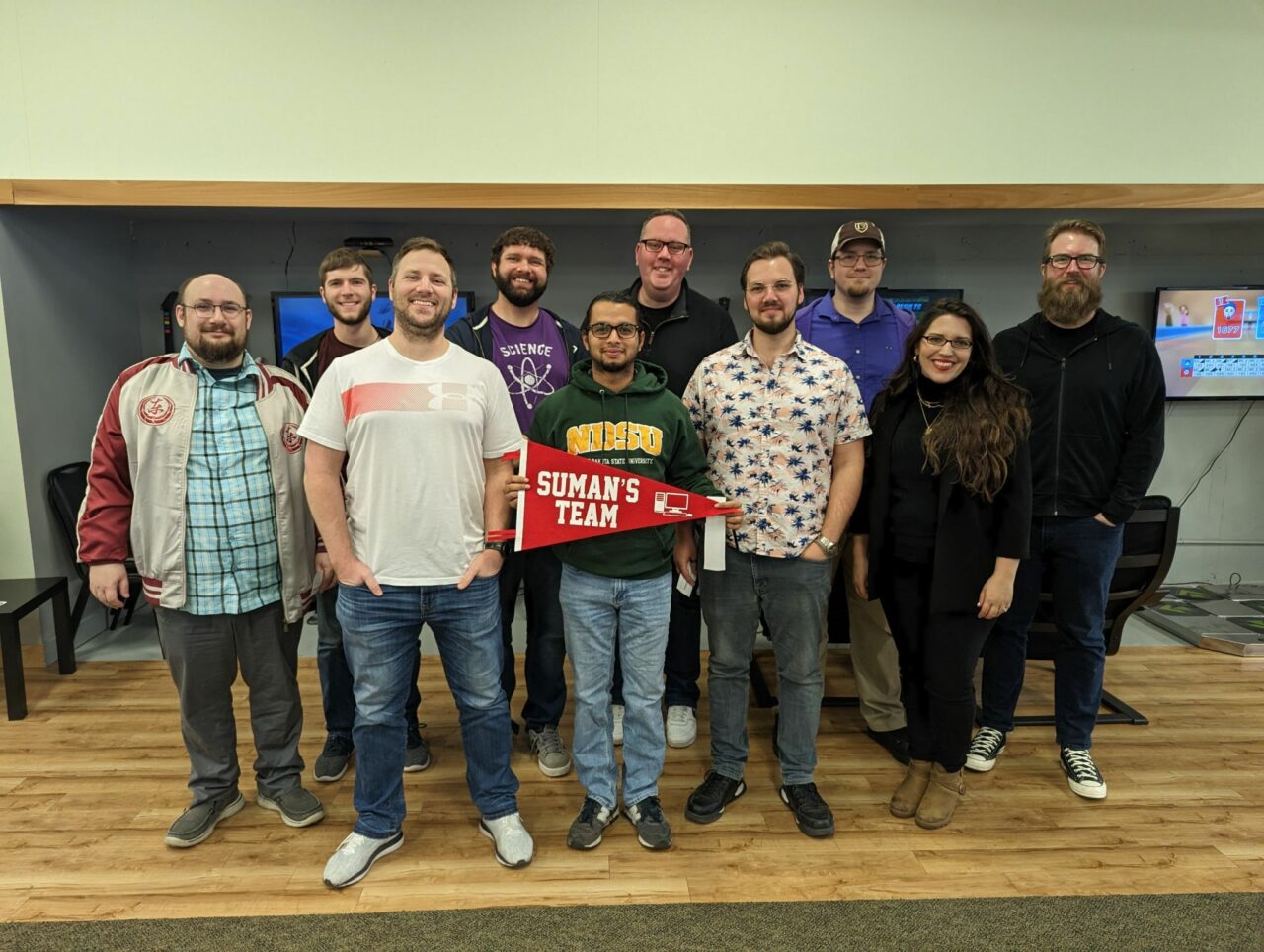 How do you make team-building events for introverts? I am a gregarious extrovert. I know that to make a successful team-building event for extroverts, all that is needed is to put a large bottle of rum in the middle of any sized table. There can be any amount of people, and their current level of friendship doesn’t matter. Everyone will be singing karaoke and making new best friends by the night’s end. I don’t work on sales teams of extroverts anymore though. I work with fellow nerds- quiet, nice, amazing, and introverted nerds. My solution to building relationships with introverted people is the Nerdlympics. What is the Nerdlympics? I will explain for those that are new here.

The Nerdlympics is a competition based on a series of six video games. These games are nominated by the staff and must adhere to a few qualifications to make it on the event list. The game must be able to have a stopping point of 10 minutes. The game must be easy enough for people who don’t play video games often or at all to be able to try. Lastly, the game has to have a score, time, or something trackable. The games fluctuate each year, but we have had some staples. This year’s entries were:

Here is how the competition goes! Two people stand or sit next to a system. One plays for ten minutes and writes down their best score. When their ten minutes is up, then the next player tries to get their best score in ten minutes. After twenty minutes, everyone finds a new partner to sit by and a new system/game. After everyone has played everything, we tabulate the winners. Right now, we take the number of players, and whoever scores highest gets that number based on the number of participants. Someday we’ll have weighted points like in Mario Kart for higher finishes…sadly not today.

Here are some observations on why this has worked for some of our introverted coworkers over the years:

What were the results of the event? Grayson was crowned our grand winner and our participation trophy went to Laura. Congratulations to you both and watch out for the wrath of the nerds next year!

Since I started this idea a few years ago, it has been a hit with our team. There is a HUGE difference between a good idea vs. executing a good idea. Replay Games has been so awesome to work with. You don’t have to use my elaborate contest either. They have an affordable, AMAZING new space for parties. They are also very accommodating, and I can’t recommend hosting team-building events there enough. One of the owners took hundreds of pictures of the competition. This will definitely be on our agenda for many years to come. It is my job to build relationships across our team, and I know that was accomplished at Nerdlympics. My final question for you, reader, is what are some of your favorite team-building things you have done on your crew? I’m always looking to mix things up!

Center Director Paul Smith outlines the importance of writing a business plan.
Listen to the episode