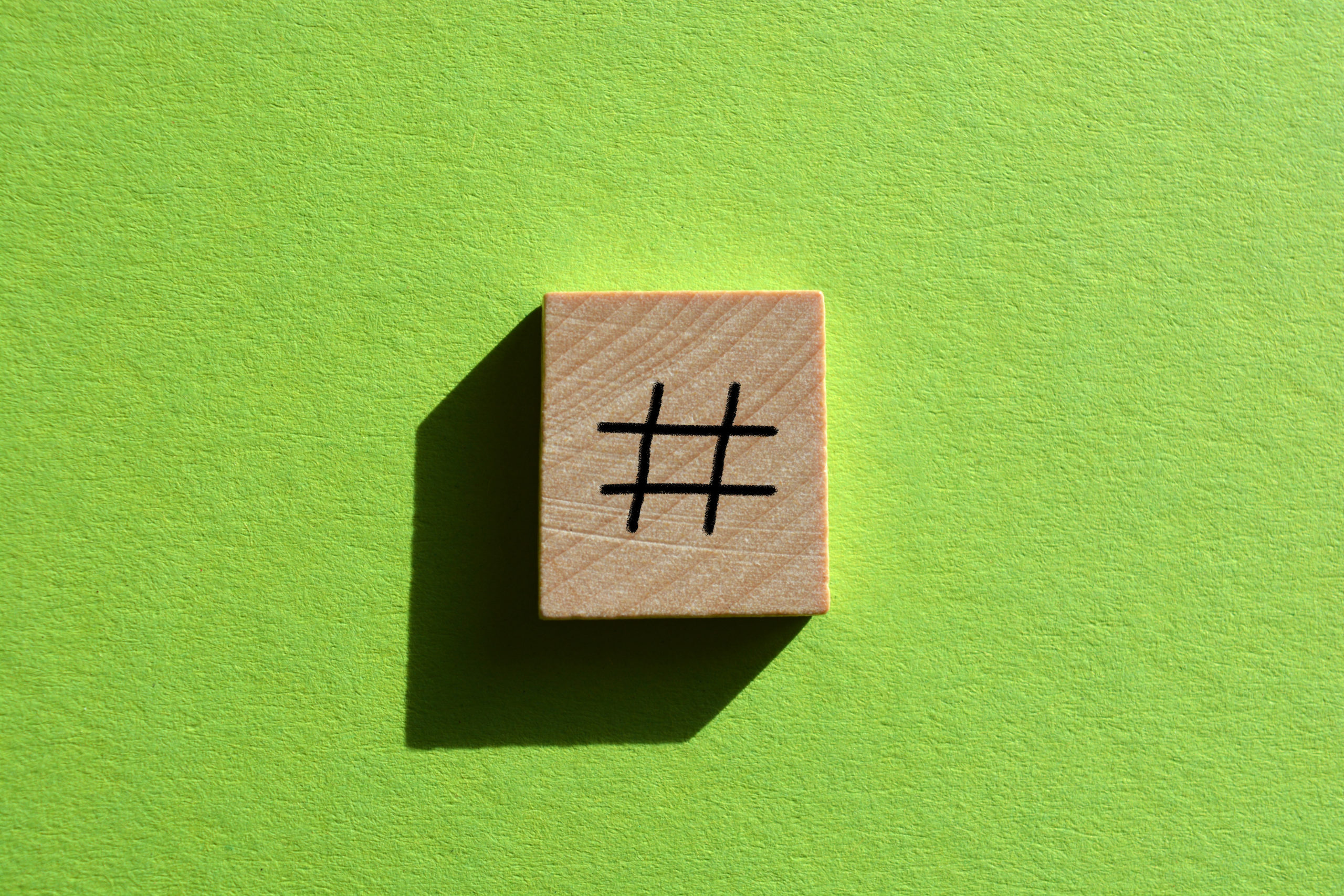 So you’ve got your idea, you validated it, and now are ready to start promoting it… but where? How? When? Traditional media outlets are great and all but in today’s online society, being an active and present brand online is essential. Being able to grow your network and have direct lines of communication with your customers through a few taps on your phone gives you insurmountable potential. However, it also requires a strategic approach for success.It’s easy to jump into the water and create an account on every social media platform under the sun, but how much is that really going to help you? Taking the time to learn the norms, expectations, functions, and algorithms of multiple different platforms at the same time is not only overwhelming, but ineffective in establishing your presence online.

Now you are probably wondering, how am I supposed to know what app my future customers are scrolling through? The best way to begin tackling this question is to reflect on what your product or service is and who it is intended for. Figuring out what the demographic of your desired audience looks like can be challenging if you have a diverse product or service that any individual can use. If this is the case, establish who you want to have your product in their hands first. What audience would be the best at establishing credibility, relevance, and most importantly influence others to hop on the bandwagon. If you are unsure about who your target audience is at all, draw back on the validation of your idea.

For example, if you are creating a clothing store with styles that primarily target millennials, you are going to want to utilize Instagram and YouTube first. Instagram will serve as the visual display for your products. It will also serve as a direct line of communication to your target audience as Instagram is primarily utilized by those 34 and under. Being the second largest search engine in the world, YouTube will serve as an engaging and easily accessible platform to demonstrate processes, create connections, and most importantly showcase your product or service! Keep in mind that even if the audience is there, you have to be comfortable and capable of creating varying types of content on the respective platforms. Oftentimes getting your product or service into the hands of “the youth” will generate a wave of relevance to those within as well as to those outside of your target market.

So now that we know the answer isn’t as simple as “Facebook is the best platform for every business,” we can dig deep in the data of a few of the most frequented platforms. We will examine these platforms in accordance with total active users.

Facebook is the best platform to create, nurture and develop relationships. As the “watercooler” of social media, it is the best platform to chat with your fans, friends, and supporters. Facebook also utilizes various forms of media such as short and long form video, singular and collage style photos as well as interactive text threads. Highly engaging content on Facebook varies from “fun facts,” quotes, memes, to even animated/cartoon style visuals. Also, articles and posts with images are shared almost fifty times more than those with only text. Question and answer style posts are also highly performing and makes the user feel recognized and validated. The diversity and adaptability of Facebook can easily be recognized through not only their various forms of media but also in their longevity. Facebook was created for college students in particular in February of 2004. Facebook has the most users of any social media platform with over 1.65 billion active users and also purchased Instagram in 2012. The two platforms have a tremendous hold over social media users everywhere.

YouTube, second to Google in most utilized search engine, is the most popular video sharing social media platform and has over one billion active users. YouTube is an excellent platform to present information, demonstrate processes and humanize your product. Utilized by all ages it allows access to a wide range of people but is primarily used by those 18 to 34 in age. With over 500 hundred hours of video content uploaded to YouTube every minute, it may seem as though your brand, product or service would simply get lost in the mix. However, YouTube has a search engine similar to Google, as Google is YouTube’s parent company, and typical SEO strategies can be applied to YouTube videos as well.

TikTok is relatively new to the social media world and is unique in that it does not have the backing of either Google or Facebook unlike other platforms such as Instagram and YouTube. However, this does not mean it isn’t relevant as it has over 689 million active users and is growing rapidly. TikTok is arguably the most crucial platform for reaching young people with 62% of TikTok users being 10 to 29 years old.

Viral videos, big influencers, and TikTok Trends have led to increased sales of many products to this young demographic. Everything from skincare to snacks have gained extreme popularity from being featured in TikTok videos. TikTok also intentionally made their platform one of the easiest platforms to go viral on as well as gain a following. The instant gratification and ease of the user experience provides TikTok an influence that is unmatched by its competitors.

LinkedIn has the quickest expanding demographic even though it is primarily utilized by those 30 to 49 years of age. It harnesses the elder end of the spectrum as far as social media goes and this is by design. Targeting business professionals and established individuals, LinkedIn is an excellent platform to network with like minded individuals and those that are interested in making meaningful connections. With over 433 million active users, the connection potential is immense. Creating a Linkedin profile for both yourself as an individual as well as an account for your business doubles your potential awareness.

Instagram is the best platform to show and tell your product or service. With 400 million active users seeking visual stimuli, creating a visual portfolio of your brand, product, or services is bound to be beneficial. Unlike platforms like Facebook and Twitter, you cannot post content without some sort of visual element. This is a key feature that makes Instagram stand out in the crowd of social media platforms. If you have something to showcase visually, Instagram may just be the perfect platform for your business. In being purchased by Facebook, Instagram implemented an in-app shopping interface which has made earning money in the app a breeze. Similarly to YouTube, Instagram is primarily utilized by those 18 to 34 in age. Instagram has also capitalized on the demand for video content by creating Instagram Reels and IGTV. These features respectively mimic competitor platforms TikTok and YouTube. Instagram is a great place to dip your toes into the world of social media for any brand.

Twitter remains unique in comparison to other social media platforms due to it’s news centric nature. It is the newsroom of social media where discussing and sharing ideas takes on a thread like appearance. With over 300 million active users the generation of newsworthy content is consistently consumed by those 18 to 29 in age. When it comes to posting on Twitter, you have to remember they have a 160 character limit. They do allow videos, photos, and links to be embedded which allows for a diverse content stream. However, images perform much better than videos contrary to many other platforms. Short text tweets, less than 100 characters, without any imagery perform best! Even more interestingly, tweets containing quotes perform better than tweets containing questions. When it comes to retweets, tweets with links are 86% more likely to be retweeted. If promoting your startup in a short and concise manner on a fast-paced platform, you should definitely consider marketing on Twitter.

Pinterest is similar to Instagram in that it is focused on being a showcase for all things visually appealing. However, it’s main demographic differs greatly with the primary users being females 50 to 64 in age. While Instagram and Pinterest were both released in 2010, Pinterest a few months prior to Instagram, their target audiences were different from the start and thus resulted in dramatically different markets. The audience that occupies the Pinterest is unique in not only their age but in their spending habits. If you think about the average budget and typical spending tendencies of a middle aged woman in comparison to a young college student, the earning potential of Pinterest is monumental. When it comes to posting on Pinterest, creating pins that have multiple different colors perform better than those with only a single dominant color. While it is oddly specific, utilizing orange, red and brown increases your chances of being engaged as well. Having well organized and labeled boards that cater to your niche and target audience is crucial as well.

Even after all of the numbers, statistics and data, remember the best social platform to be on is whichever one your target audience is using most frequently. Connecting with an engaged and interested audience is much more impactful, as well as lucrative, than shouting to millions of people that don’t care about your product or service. In Pat Flynn’s book, Superfans, he elaborates on the importance of an engaged and interested audience. What he calls a ‘superfan’ is someone who is basically an ambassador for your brand, product or service.

Finding these individuals on the various social media platforms is a daunting task but well worth the effort. If you have 10,000 followers on your startup’s Instagram but don’t have a single superfan, you may experience some feelings of false validation. While followers may equate to social presence, superfans equate to money in your pocket!